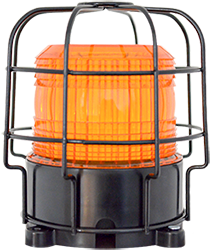 Seconds count and a Man-Overboard (MOB) Alarm will make the difference between a work stop order or a fatality. A MOB alarm goes off within seconds of a man-overboard, allowing the Captain and crew to get an immediate visual of the MOB. Extending Man Overboard alert is crucial. A rescue operation is launched in under a minute. A life is saved! The same goes for a temporary work operation near water where someone inadvertently falls in the water. When the MOB alarm sounds, employees are notified in seconds and able to identify and rescue that person.

The ability to relocate and extend the actual alarm is very important. Our ALERT Man-Overboard Alarm System, the quickest responding MOB alerting system on the market, has an 85-decibel internal alarm in the Receiver that is typically installed in the wheelhouse. But the MOB alarm doesn’t have to remain in the wheelhouse. Extending the range of a man-overboard alarm is a key component and a unique feature of our fall in the water alerting products.

Man-Overboard Alarm For Any Location Near Water

In the twenty-plus years Emerald Marine Products has been manufacturing fall overboard alerting and training products, we have seen the usage of our MOB devices go beyond the wheelhouse. Almost any place imaginable where employees are working on or near water, marine terminals, dredging operations, bridge construction, even water treatment plants have understood the need for a quick response to a person in the water. Sometimes the 85-decibel internal alarm on the ALERT Receiver is not enough to make personnel aware of a fall in the water situation. Thankfully, all ALERT Receivers have “dry contacts” on the back of the units which allows for the addition of extended alerting capabilities. With these contacts, you can attach a number of devices that operate by a “push of a button” or “click of a mouse.”

How To Extend a Man-Overboard Alarm System

Over the years, many of our customers have gotten quite creative on how to extend man-overboard alerting. These solutions range from an external strobe or bull horn to communicating with remote data centers via the internet. At marine terminals, the ALERT Receiver is typically installed in an office which is great, but attaching a strobe or bull-horn can instantly alert employees on the dock of a MOB situation. Some companies have very remote locations where only two or three employees are working. These companies have used cell-phone auto-dial devices to call safety response personnel within seconds of a man-overboard alarm. Recently we became aware of one company using the OmniBeacon that functions as a strobe and an auto-dialer unit to extend alerting of a man-overboard.

Emerald Marine Products is proud of our customers who take man-overboard awareness seriously enough to not only install our products. Furthermore, we are inspired by the creativity displayed inventing solutions at remote locations where launching a rescue might be hampered by a lack of personnel or equipment by extending the alert to centers where help can be activated.

Design the Man-Overboard Solution for your Situation

Extending Man Overboard alert is crucial. Emerald Marine Products’ ALERT Man-Overboard Alarm System can improve the safety of your employees regardless of where they are working on or near water. If your company is challenged on how to monitor and be aware of any danger your employees face while working on-site, let Emerald Marine Products help you design a solution that can extend the alerting capabilities of a fall in the water situation. Contact us through this link or call us at 800-426-4201.