Fall Overboard Tragedy Can be Prevented 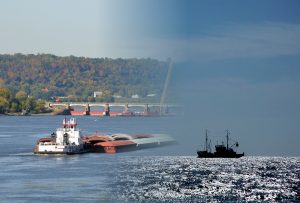 ALERT Man-Overboard Alarm System protects all people on or near water.

As a manufacturer of products specific to fall overboard alerting and retrieval, we monitor the news for fall overboard incidents. Just today we read about two fatalities that occurred, each when a worker fell into the water and no one was aware of the issue until it became tragic. The Maritime Executive Online reported, “In the early hours of Saturday morning, a deckhand disappeared from a moored towboat on the Mississippi River at St. Joseph, Louisiana. The Coast Guard, the Mississippi Department of Wildlife and the local sheriff’s department conducted a search of the river all day Saturday – including dragging the river and scanning with sonar – but without success. The search resumed Sunday morning.” In the same online issue of The Maritime Executive Online reported , “At about 1700 hours Sunday, Sector Honolulu received a distress call from the master of the fishing vessel Kawaiola, who reported that one of their crewmembers had gone overboard. The missing fisherman was last seen on the deck of the vessel at 1430 hours, and the crew did not realize that he was no longer aboard until several hours had passed.”

Two different locations, two different industries, two different work environments but both ended in the same outcome – a person fell into the water and no one was aware of this fall-overboard until minutes, even hours passed before this person was missed. We don’t know the details of these tragedies but we do know the use of an ALERT Man-Overboard transmitter on that worker could have averted the tragedy by altering the crew and vessel of a man-overboard (MOB).

Even if the person is wearing a personal flotation device (PFD), which definitely can give the person a greater opportunity for survival, there is still a need to alert the vessel that the person fell from, as this is the greatest chance of survival. The ALERT Transmitter immediately notifies the boat that a MOB has occurred, quickly calling into action all eyes and able bodies to rescue the man-overboard in minutes.

Emerald Marine Products is moved by these tragedies to reach out to the fishing community and to other small business that rely on the health and safety of their workers to continue to prosper in a very competitive and physically challenging work environment. We ask these enterprises to seriously consider investing in wearing and using PFD’s. We promise to do all we can to make our ALERT product available to you at a discount so finances are not the issue in preventing fishermen or small businesses from using a fall overboard alarm system. Because our ALERT Man-Overboard Alarm System is automatic and water activated, when the person falls overboard, conscious or not, PFD wearer or not, the device when it gets wet will begin to transmit to the ALERT Receiver and within seconds the alarm is alerting all those in the area of a fall overboard situation.

We encourage solo fishermen, small fishing companies, non-profits catering to the commercial fishing industry, and other small businesses with employees working on or near water to contact us and see if we can help protect their fleets, We’d love to see these all too familiar headline’s about “Disappearing Deckhand” and “Search for Missing Fisherman” to have a better end to the story. A headline that reads, “Fisherman Falls Overboard and is Rescued by Crew”. Life saved, a story with a much better ending than the one’s we read all too often.

Safety is important on any boat, even more so when scientists and inexperienced students are working on deck. The School of Oceanography at the University of Washington protects those on board its two research vessels with Emerald Marine Products’ ALERT Man-Overboard (MOB) Alarm Systems™. If someone should fall overboard, an alarm instantly sounds, providing critical extra time for a successful recovery in the cold Pacific Northwest waters and points beyond.

The university purchased ALERT2 systems for its 274′ R/V Thomas G. Thompson and 66′ R/V Clifford A. Barnes. Each is equipped with an ALERT2 Receiver, 18″ whip antenna, seven Transmitters with Spray Tight Pouches and a Man-Overboard Portable Direction Finder to pinpoint the victim in darkness or heavy seas.

Especially on the smaller Clifford A. Barnes, where people are often alone on deck, everyone wears a work vest and has access to a small and lightweight ALERT2 Transmitter. If the unit is immersed in water, it triggers the receiver to activate a piercing alarm in the wheelhouse. Unlike MOB systems that rely on satellites, like AIS, the ALERT2 is instantaneous.

There’s a need for immediacy. At even a mere 3 kts, an MOB will be 100′ astern in just 20 seconds. The sooner crew can launch a locally-managed rescue operation, the greater the success will be.

“We chose the ALERT system because of its simplicity and affordability—it’s a good value,” said Capt. Douglas Russell, manager of marine operations. “And, we received great customer care during the purchase process.” Package prices start as low as $1,068.

Founded in 1930, the Seattle-based School of Oceanography at the University of Washington provides its students with the academic tools and resources to study the marine environment, and its interaction with the earth and atmosphere. It offers baccalaureate and graduate degree programs. Its website is www.ocean.washington.edu.

END_OF_DOCUMENT_TOKEN_TO_BE_REPLACED 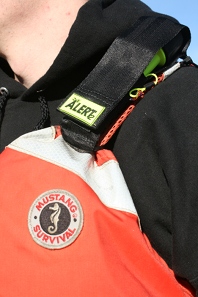 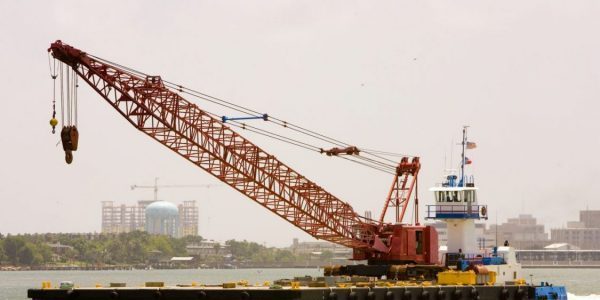 For a vessel moving 6 knots, a person who has fallen overboard will drift 100 feet in 10 seconds, 600 feet in 60 seconds. In between that 10 and 60 seconds, even on a clear day, they are no longer visible to the crew on the boat they just fell off of. When time is of the essence, ALERT2 is far superior to the other fall-overboard locator beacons.

END_OF_DOCUMENT_TOKEN_TO_BE_REPLACED 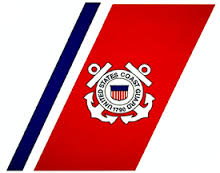 END_OF_DOCUMENT_TOKEN_TO_BE_REPLACED

In 2014 there were four crew fatalities, which is the lowest number on record. Three of the four were a result of crew-members falling into the water. In the past 20 years, 72 fatalities have been a result of falling into water. Emerald Marine Products is glad to see that the number has been reduced over the years, thanks to better prevention and heightened awareness. On average, three fatalities a year occur due to falling in water. In the past eight years, an average of 15 fall into water accidents occur each year, of which six tend to be serious (if not fatal) occurrences.

END_OF_DOCUMENT_TOKEN_TO_BE_REPLACED

Though AIS Is Required, It May Not Be the Best Solution for Your Safety

The ruling, “Vessel Requirements for Notices of Arrival and Departure and Automatic Identification System”  becomes effective March 2. However, you have until March 1, 2016 to install the AIS.

AIS or Automatic Identification System is now required on all vessels 65 feet or longer. Primarily for the benefit of being able to identify boats in the area, AIS has also been touted as a life-saving technology with fall-overboard (FOB) awareness and location of person who fell overboard using GPS technology embedded in the AIS device. However, the truth is that AIS is not the best solution for FOB awareness or for that matter, the location of the person who fell overboard.

END_OF_DOCUMENT_TOKEN_TO_BE_REPLACED 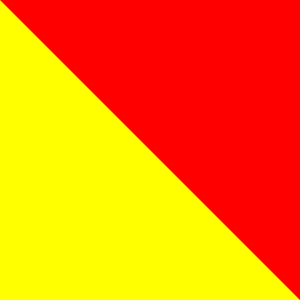 Why Is a Water Rescue Training Dummy Named Oscar?

For over one-hundred and fifty years, vessels worldwide have used flags to communicate important messages regarding safety and other related matters to passing ships. The “O” flag is part of the International Code of Signals used for Man-Overboard (MOB) occurrences. Vessels may communicate a MOB situation using the phonetic pronunciation of “O” by calling out “Oscar” so the receiver clearly understands the speaker is communicating “O”. Since Oscar has become synonymous with MOB, it only made sense for our water rescue training dummy to be called “Oscar”. However, you can call our product anything you like, as long as you respect the powerful tool that it is. For further information about OSCAR Water Rescue Training Dummy or other maritime life-saving products contact Emerald Marine Products.